is a new exhibition by Moeuhane Sandalwood in the UnderWaterGallery on the newly founded Space 4 Art sim. 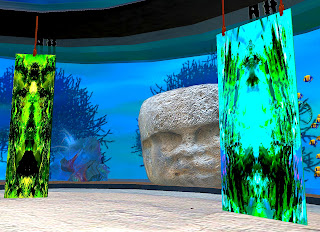 Moeuhane himself has explained the background of his work: "The soul of man resembleth water. This is the beginning of a magnificent poem by Johann Wolfgang von Goethe.
Be it the calm waters of a lake, or a thunderstorm. Men has always searched for analogies for the state of his soul in the water.
The Swiss psychodiagnostic Hermann Rorschach published the so called “Rorschach test” in 1921. Better known as the inkblot-test it is still widely used by psychologists and psychiatrists. Interpreting the reactions to the pictures does help the therapist analyze the personality of their patients.
Moeuhane Sandalwood has taken several pictures of reflections on SL-waters. Those photographs were the base for his own interpretation of the “Rorschach cards”. They can serve the patron as a mirror to their soul. 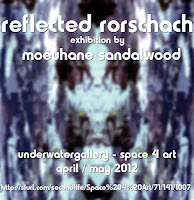 Sources:
The soul of man resembleth water: From heaven it cometh, To heaven it soareth. And then again to earth descendeth, changing ever. (…) Spirit of man, thou art like unto water! Fortune of man, thou art like unto wind! (Abbreviated, ‘Spirit Song over the Waters’, Johann Wolfgang von Goethe, 1789)".
The opening of this exhibition will be part of the general opening of the sim and the Space 4 Art Gallery, but it is open from now and waiting for interested visitors:
http://slurl.com/secondlife/Space%204%20Art/72/142/1007 .
Email Post
Labels: art exhibition art gallery Asmita Duranjaya asmita's underwatergallery moeuhane sandalwood rorschach space4 art 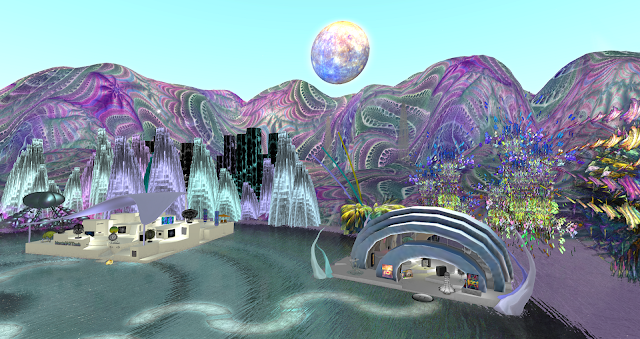 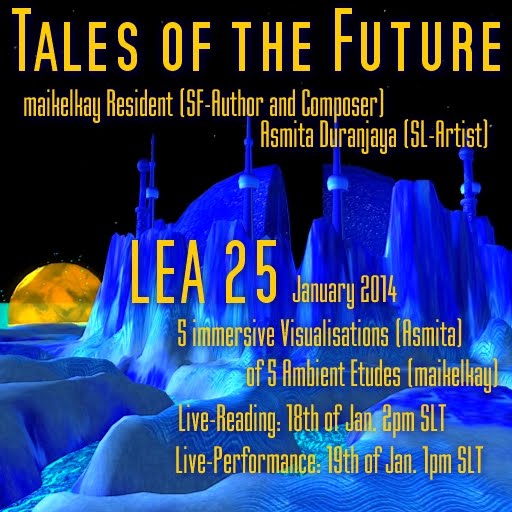